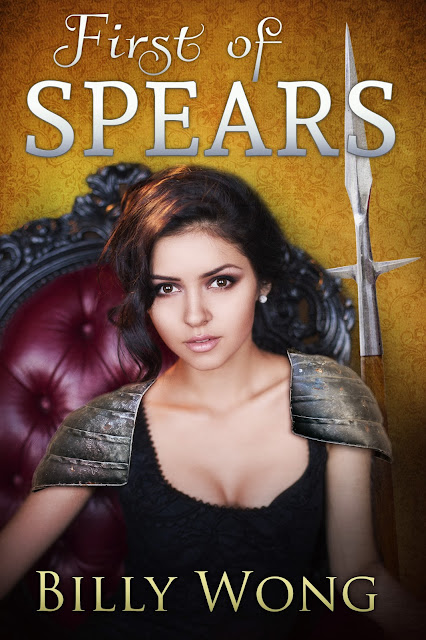 The action-packed love story of an embattled prince and a powerful warrioress.
Young prince Theo of Egrent longs for a way out of his impending arranged marriage with a boring earl's daughter. His life is changed by the arrival of Claire, a foreign diplomat and warrior known as the First of Spears who comes bearing demands from her liege. They swiftly fall for each other, but the power struggle between their kingdoms threatens to drive a wedge between them. As a third nation aided by a dark sorcerer seeks to invade Egrent and a mysterious new champion appears purporting to defend it, the pair must overcome all odds if they are to be together at last.
Find it on:
Amazon US - http://www.amazon.com/dp/B01CKSBZOO/?tag=bilthestaarts-20
Amazon UK - http://www.amazon.co.uk/dp/B01CKSBZOO/?tag=bilthestaarts-20
Smashwords - https://www.smashwords.com/books/view/620418
Posted by Bklynbill at 12:04 PM